Since many Australians love Bali that much, they really just want to find direct flight to Denpasar from Australia. It is true that there are so many flight options you have if you go from Australia. Some of them are even cheaper than the flights from America and Europe countries. However, if you are looking for a direct flight then it might not the case after all.

The flight tickets vary throughout the year and it also applies when it comes to how to find direct flight to Denpasar from Australia. In general, the airfares may get pricey when during Christmas and New Year, Australian school holidays, and also peak season in Bali or between June and August. However, great sales are always announced throughout the year so you better pay attention to any discount. It helps you to arrange when you will go to Bali and give you time to make the itinerary list as well.

The price will actually depend on the airline as well. It takes between USD 200 and USD 1,200 per ticket from Australia to Bali. Also, it depends on the area you depart to Australia. Perth could offer the lowest airfare. Do not forget to plan your holiday conveniently by finding the best hotel in Ubud online.

Direct flights to Bali from Australia

As we have mentioned earlier, it is possible to get to Bali with a direct flight. There are a few airlines that offer this type of service. Some of them also provide great deals throughout the year.

This airline flies out of 11 airports in Australia. It is also touted as a budget airline you may find in this country. You can start to look out their ticket online because they have some great deals released throughout the year.

This is considered the best domestic airline in 2012. It is not a budget airline but you will get what you pay for. When it comes to a direct flight to Bali, they have some interesting offers from 9 different airports in the country.

This is a national airline of Indonesia. It serves 4 different airports in Australia such as Perth, Brisbane, Sydney, and Melbourne to Bali. This airline is a premium one in Indonesia. Also, you get what you pay for along with some other extras. And this is the end section of how to find direct flight to Denpasar from Australia.

Why is Bali called Bali? History of Bali 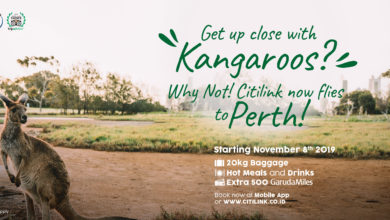