When you visit a foreign country, you must do a adaptation for the new culture and climate. Sometimes, it’s not easy to accept different culture and different climate in short time. But as a tourist, this is a must. Some people can do this adaptation easily, while others may got troubles. A crusial problem for many persons is about the food. In case you visit Kuta, Bali in Indonesia and you want to find Indian food, you should read this article about Indian restaurant in Kuta.

Indian food are so famous with the rich spices and taste. Some of it taste so strong, while other soft. It’s interesting and made it loved. Indian people or not, usually need to find this food everywhere they go.
The main menu of Indian people are rice, whole grain wheat, and beans. They has a lot of kind of beans, such as masoor, chana, toor, urad (black beans), and green beans. The beans uses in a whole beans mode, peeled, cutted into two pieces after peeled, or as beans flour. This beans can serve you carbohydrate and also the proteins and fat.

The complete meals contain of rice or bread (naan, puri, roti) and vegetables curry named sabzi. Meat served for those that aren’t vegetarian, but it’s not counted as main course. In Indian cuisine, vegetables cooked as appetizer, main menu, desert, pickels, or snack. As most Indian are Hindu’s, they have vegetarian recipe for daily menus.

Indian food got the strong taste because Indian use many spices like chili (mirch), ginger (adrak), onion, garlic, cinnamon, clove, and many more. The spices cooked many way to produce many kind of food variation. Most Indian food designed as the vegetarian meals, as they got their religion. The spices give taste and beautiful colour to Indian culinary.

Indian also have special mixed spices, called masala salt. This mixed contain 5 spices like cinnamon, clove, cardamon, coriander, and cumin. Masala salt spread on the cook when it almost done, so that the taste of the masala won’t disappear after the cooking process done. There are so many masala salt variation. This happen because every district has their own masala salt mix, that can show their specialty. Even a chef could create their own masala salt to make their recipe special and unique.
To make tasty food, Indian uses special oil. West and northern India uses peanut oil, while east side of India uses mustar oil. Southern India prefers coconut oil and sesame oil. Sunflower seed oil and soybean oil also uses for many foods.

Indian also produce milk products, like butter. There is traditional way to make butter and transform it into snacks or add it to food recipe. This products become special part of Indian culinary. It also make the foods look interesting.

Kuta known as tourism city. It has a famous beach that has white sand and low wave. It’s nice to do surfing or just swim on the sea water. Children can enjoy the sand to build sand castle and play on the wide beach. Foreign tourist love to do sun bath. This beach also offer beautiful wide sunset. Prepare good cameras to take good picture of person and the sunset that reach the horizon.

Around the beach, you can find many hotels and restaurants. In this place, you can find many culinary choice from many country. You can find Indonesian food, Bali style culinary, western food, Asia’s food, halal food, street food, and many more. You can find traditional coffee to International class ones. But Indian culinary is one of the best choice if you want tasty foods.

Those restaurant offer Indian menu such as cucumber raita, garlic naan, fish curry, papdi chat, and many more. If you unsure about the menu because you’re unfamiliar with them, ask the chef’s choice or ask the recommendation from your friend. You also can read the restaurant’s review from the visitors before you. Most of them can describe their experience with the menu in acceptable way. Online service also allow you to know the price of the foods.

Be sure to know the food variation that acceptable by your body. Trying something new is good, but if it available to get information about the ingredients, it will avoid dangerous situation. There are some spices and food ingredients that may act as allergen to people. For example, peanut. Some people will got desease if they eat peanut. As describe at opening paragraph, some Indian menu use peanut oil in the cooking process.

Some hotels offer free car that can drop tourist into some points and pick them back after some hours. Ask the hotel staffs to know the route, so that you can reach the Indian restaurant you want to visit. In this days, online driver also available any time. They’re really helpfull to reach many places. The price also acceptable and can see online, too, while you do reservation.

Indian food become so famous all over the world, because the special taste and look. Indian restaurant grow in many places to introduce Indian cuisine to others. There are some Indian restaurant in Kuta that can serve you nice food from this beautiful country. Enjoy the food, taste the culinary experience. 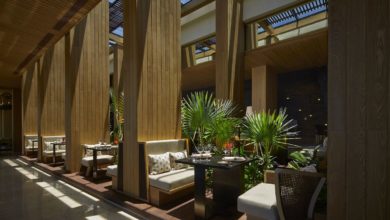